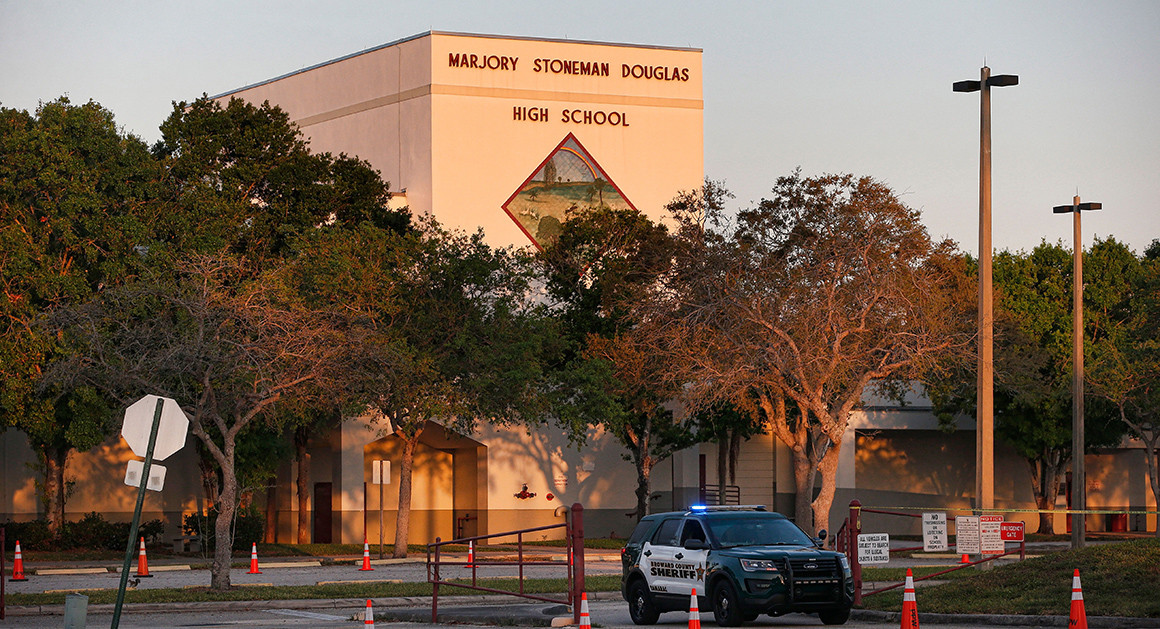 TALLAHASSEE — Internet searches and interactions with classmates released Wednesday illustrate what was on the Parkland shooter’s mind in the days and hours leading to his act of terrorism.

Sprinkled throughout these troubling searches were inquiries typical for a teen boy, such as how to get a girlfriend or how to not be afraid of girls. At one point, Cruz searched for a therapist to cure his homicidal thoughts.

“The only thing I can really get from it is he was obsessed with [committing a school shooting] and it was playing over and over in his head,” said commissioner Melissa Larkin-Skinner, a licensed mental health counselor. “Maybe some part of him wanted help.”

Delving into Cruz’s past, including his search history and phone content, is critical as commissioners attempt to piece together what drove him to become a mass murderer capable of targeting his classmates and teachers in one of the nation’s deadliest school shootings. On Tuesday, the commission heard dozens of previously unreported accounts of threats and violence, racism and anti-Semitism, and bringing knives and bullets to school.

Commissioners have until Jan. 1 to compile a report to Florida lawmakers that likely will shape school safety, mental health and other policies for next school year.

Less than two weeks before the shooting, Cruz’s internet use included searches such as “is killing people easy” and “crime scene cleaner,” according to Tuesday’s presentation.

During the same time frame, he created the video detailing his plans to commit a school shooting. This video was saved on Cruz’s phone and never sent to anyone, Sgt. John Suess with the Pinellas County Sheriff’s Office said during his presentation Tuesday.

Days later, he searched for “womens viagra for sale,” the Virginia Tech and Columbine shootings, and AR-15 rifles on multiple occasions.

Two days before the shooting, Cruz searched for “when a girl says ok,” “i wanna die,” “good songs to play while killing people,” and “How long does it take for a cop to show up at a school shooting.”

Cruz had phone and text exchanges with a friend and ex-girlfriend that day, almost up to the second he committed the act of terrorism. Neither one of them had any idea of what Cruz was about to do, Suess said.

He messaged his ex-girlfriend multiple times, to which she sparsely responded.

Some of his last messages now seem cryptic.

He told his ex-girlfriend “Eat well, sleep well, and behave well my love.”

“You know I have a boyfriend, right?” she responded.

He sent two more text messages to her, both saying he loved her.

His final messages before carrying out the shooting were to a friend, and neither was of
substance. One said “yo” the other “tell,” according to the presentation.

As commissioners were learning these details Wednesday, news broke Cruz would face new charges after attacking a detention officer in jail.

Source: https://www.politico.com/states/florida/story/2018/11/14/parkland-shooters-internet-history-riddled-with-searches-about-other-mass-shootings-696795
Droolin’ Dog sniffed out this story and shared it with you.
The Article Was Written/Published By: aatterbury@politico.com (Andrew Atterbury)