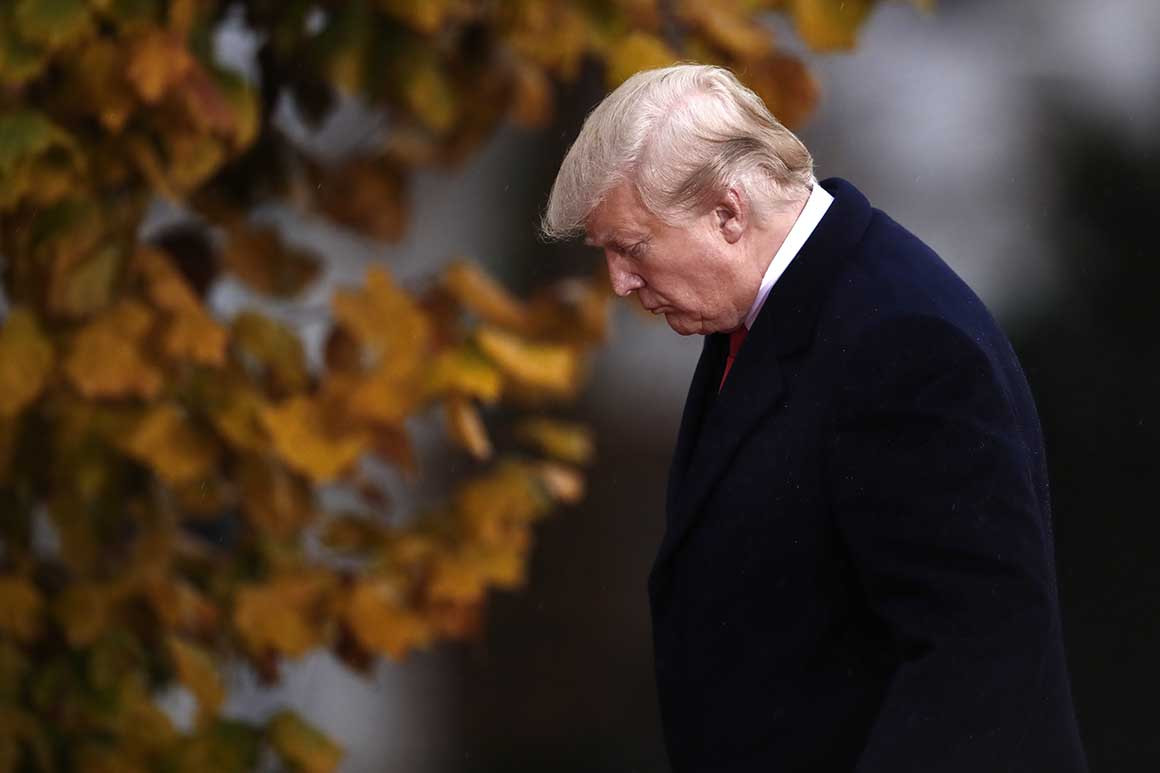 Washington, along with progressive strongholds like California and New Jersey, have taken numerous steps to blunt the Trump administration’s recent expansion of cheaper and slimmer coverage alternatives to Obamacare. The law’s new enrollment period, which opened almost two weeks ago, could show just how much states supporting the Affordable Care Act can insulate themselves from President Donald Trump’s efforts to weaken it.

“The Affordable Care Act is working much better than everybody from Donald Trump through his administration is willing to acknowledge,” said Mike Kreidler, Washington’s insurance commissioner, during a recent interview at his office on the Capitol grounds. “You’ve got a fully functioning, vibrant market here in the state of Washington.”

While the health care law’s insurance markets are stabilizing across the country, they’re still facing nagging problems not even the most Obamacare-friendly states can solve themselves. Years of premium hikes have made the coverage unaffordable for many middle-class customers who don’t qualify for federal subsidies, and sky-high deductibles force some to pay thousands of dollars out of pocket each year before coverage kicks in.

Democrats took Obamacare repeal off the table by winning back the House last week, but the Trump administration has already left its stamp on the law’s marketplaces. Through regulatory actions, it reversed Obama-era limits on short-term plans — which typically don’t cover pre-existing conditions and some other Obamacare-mandated benefits like prescription drugs — and will allow people to renew the plans for up to three years. The administration is also encouraging more small businesses and individuals to band together in coverage outside of the law’s marketplaces.

The Trump administration says its policies will help provide cheaper insurance options, especially for those priced out of the Obamacare markets. Trump officials — and Republicans, generally — argue people should be able to buy less robust coverage if it suits their health care needs.

Obamacare supporters, however, worry that healthier customers will opt for cheaper coverage, leaving the law’s exchanges with mostly sick patients. That could prompt insurers to hike rates further or stop selling Obamacare coverage.

“That’s why it’s just ass backwards for what they’re trying to accomplish,” Kreidler said of the Trump administration.

Kreidler, the longest-serving Democratic insurance commissioner in the country, is at the vanguard of Washington state’s efforts to thwart Trump’s health care moves. He issued regulations last month strictly limiting the sale of short-term health policies to three months and wrote rules to boost insurer participation in the state’s Obamacare marketplace. He backed a failed effort to approve a state-level individual mandate after the Republican-led Congress jettisoned the federal requirement, and he’s pushing the state legislature to make another run at shoring up the market next year.

“We are doing everything we can to protect ourselves,” said state Rep. Eileen Cody, chair of the Health and Wellness Committee, who’s supporting a still-undefined plan to create a public-run insurance plan next year

Like Washington, other states have made aggressive moves to bolster their exchanges, New Jersey, Vermont and Washington, D.C. passed their own individual mandates this year. California banned short-term plans entirely, while several other states sharply limited their availability.

Washington state’s efforts to protect its insurance marketplace from Trump meddling haven’t been without setbacks, though. The legislative proposal to enact an individual mandate went nowhere, largely because the state doesn’t have an income tax, which is typically the enforcement mechanism used in states with a coverage requirement. Kreidler’s proposal to create a reinsurance program providing financial support for insurers’ most expensive customers stalled after unions balked at letting the state tax their health plans to help fund it.

Marketplaces in many parts of the country are stabilizing this year — average premiums for a key benchmark plan are down slightly for 2019 and more insurers are selling coverage. HHS Secretary Alex Azar said the Trump administration deserves credit for the success, and federal health officials point to reinsurance programs they’ve approved in several states and other regulations meant to stabilize the marketplaces.

“I just couldn’t believe that somebody would have the audacity to make a claim like that for which they could take absolutely zero credit,” he said.

Washington state officials are eager to boast about their marketplace. The uninsured rate plummeted by 60 percent between 2013, when the exchange opened, and 2016. More than 500,000 low-income adults are in expanded Medicaid. Enrollment in the exchange, known as Washington Health Plan Finder, has grown every year, topping 200,000 in last year’s sign-up period even amid uncertainty about the ACA’s future.

“When you’re being attacked, you have all that energy,” said exchange CEO Pam MacEwan of last year’s enrollment efforts. “We just kind of plowed on through and it all came together.”

With seven insurers selling coverage, Washington’s exchange is among the most competitive in the country. The state took new steps to keep competition high after some parts of the state last year were briefly at risk of becoming “bare counties” where no insurers wanted to sell plans.

Kreidler issued regulations giving insurers more flexibility in how they price plans in different parts of the state, along with incentives for them to sell coverage in more counties. To guard against bare counties, the legislature also required insurers covering school district employees to also sell exchange plans if no other insurers are offering coverage in the area, starting in 2020.

Selin Caka, a 41-year-old family therapist, felt confident enough to leave her job and start her own business last year because she knew she could buy exchange coverage. She’s enrolled in a Kaiser Permanente plan that costs $88 per month after generous federal subsidies, thought it has a $6,500 deductible. Caka, who has a neurological disorder that requires ongoing medication, said she’d prefer a plan with lower out-of-pocket costs but is otherwise happy with the coverage.

Still, as with other exchanges around the country, there are signs of distress in Washington. Most notably, the number of people buying Obamacare plans without subsidies dropped this year by about 30,000, or nearly 10 percent of the state’s individual market. The trend could accelerate this coming year, with rates in Washington jumping 13.8 percent on average for 2019 plans.

Historically, the rate hikes in Washington had been lower than in other states. State officials and insurers point out the big 2019 rate hike is largely driven by Kaiser, which had underpriced the market for 2018 plans.

“It’s really hard to get on top of rates once you get behind, because the commissioner’s just not going to give you a 50 percent rate increase, an 80 percent rate increase,” said Jim Havens, senior vice president for Premera Blue Cross, which is increasing rates by just 2 percent next year and sells in about a third of Washington counties. “You’ve got a long road to get back ahead of that.”

Havens said the insurer is even more nervous about the current enrollment season than last year’s, despite the state’s aggressive moves to shore up the marketplace. With the individual mandate penalty gone, he’s worried customers will drop ACA coverage or still opt for the skinnier plans.

“It could be a slow bleed,” Havens said. “People that left may not come back and they may tell people who then leave and don’t come back.”

Source: https://www.politico.com/story/2018/11/13/washington-state-defying-trump-obamacare-moves-958462
Droolin’ Dog sniffed out this story and shared it with you.
The Article Was Written/Published By: pdemko@politico.com (Paul Demko)