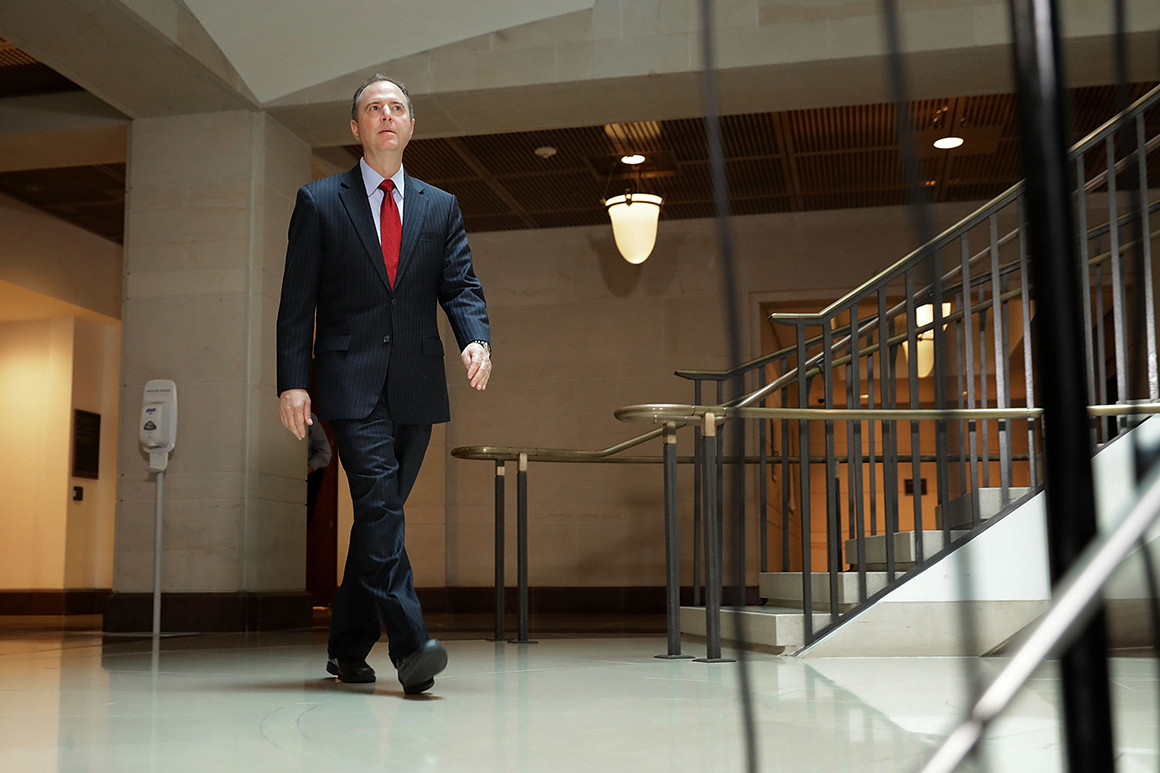 The incoming chairman of the House Intelligence Committee on Monday put acting Attorney General Matt Whitaker on notice, calling for his “immediate recusal” from special counsel Robert Mueller’s Russia probe and warning that Democrats would be keeping an eye on him.

“The president and Whitaker should heed this warning: The new Democratic majority will protect the special counsel and the integrity of the Justice Department,” Rep. Adam Schiff (D-Calif.) said in an op-ed in The Washington Post. It was headlined “Matthew Whitaker, we’re watching you.”

President Donald Trump appointed Whitaker to lead the Justice Department as acting attorney general after Attorney General Jeff Sessions was dismissed from his post last Wednesday. Whitaker, who served as Sessions’ chief of staff, has spoken critically of Mueller’s investigation and is seen as an ally of the president, who has labeled the special counsel’s probe a “witch hunt.”

Schiff demanded that Whitaker recuse himself from oversight of Mueller’s investigation into whether Trump or his campaign colluded with Russian agents to interfere in the 2016 election, highlighting instances in the past in which Whitaker criticized the probe.

Schiff accused the president of installing Whitaker to “protect himself,” highlighting Whitaker’s ties to the Trump campaign as well as his past statements indicating a skepticism toward the Mueller probe, as grounds for the acting attorney general’s recusal. The White House has said that Whitaker should not be forced to recuse himself because of statements he made as a private citizen, and Republicans have thrown their support behind Whitaker.

Though the Justice Department has said Whitaker is consulting with ethics officials about possible recusal, he’s told associates he has no plans to do so.

Schiff also issued another call for Congress to take up legislation that would shield the special counsel’s office from political interference, noting that the Senate Judiciary Committee passed such a bill on a bipartisan basis earlier this year.

The incoming Intelligence Committee chairman warned that if Whitaker does not remove himself from the investigation, he would be hearing from Democrats.

“Should Whitaker fail to recuse himself — all indications are that he plans not to — and seek to obstruct the investigation, serve as a back channel to the president or his legal team or interfere in the investigations in any way, he will be called to answer. His actions will be exposed,” Schiff wrote.

Source: https://www.politico.com/story/2018/11/13/schiff-whitaker-doj-mueller-985303
Droolin’ Dog sniffed out this story and shared it with you.
The Article Was Written/Published By: coprysko@politico.com (Caitlin Oprysko)