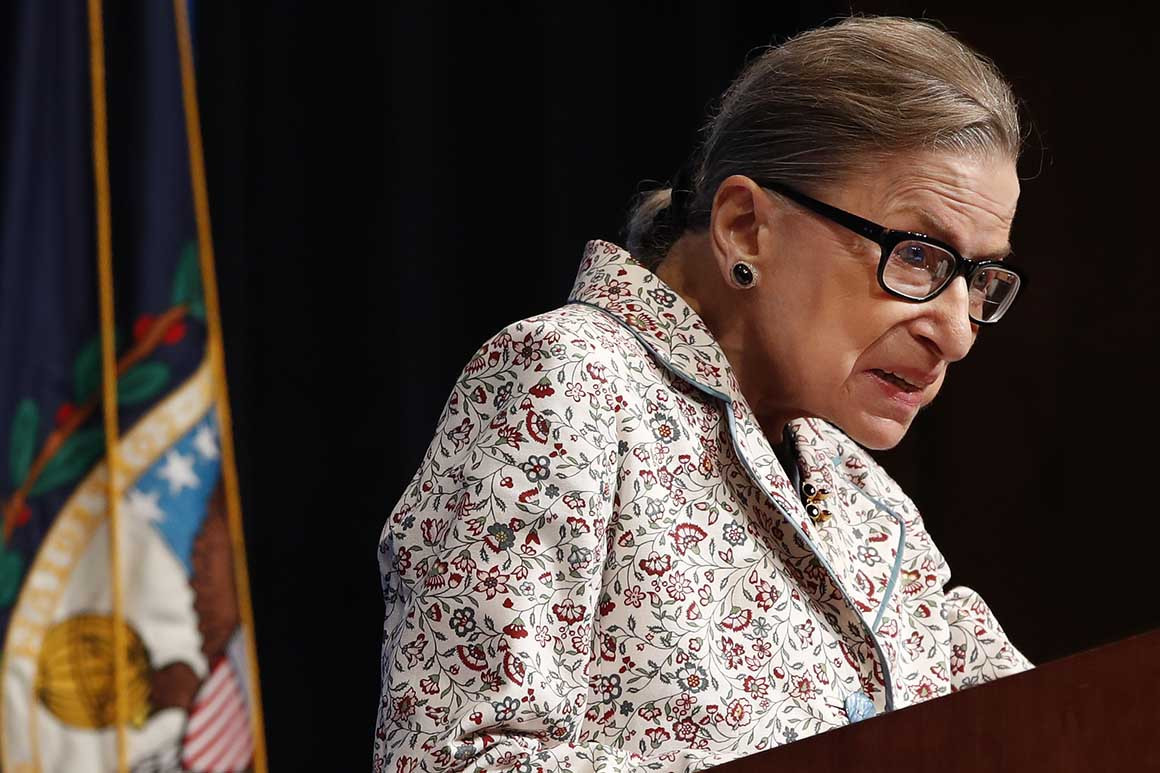 Justice Ruth Bader Ginsburg will not be present for a session at the Supreme Court Tuesday but is recovering and working from home after a fall in her office left her with three broken ribs, a court spokeswoman said.

Ginsburg, 85, went to the hospital for observation and treatment after she experienced discomfort overnight following her fall Nov. 7. She remained in the hospital for a day, causing her to miss the official investiture ceremony of Justice Brett Kavanaugh on Nov. 8.

“Justice Ginsburg will not be on the Bench this morning for the non-argument session. She continues to improve and is working from home this morning,” Supreme Court public information officer Kathy Arberg said in a statement Tuesday.

Cracked ribs, which can take up to six weeks to heal in most cases, can become a major cause for concern if they puncture the lungs. Although the court did not elaborate on the justice’s diagnosis and treatment, Ginsburg’s speedy release from the hospital could be a sign that there were few complications.

Ginsburg, the oldest justice on the panel of nine, has a reputation as the star of the high court’s liberal minority wing. Liberal activists and legal scholars alike worried about her health after the fall. Ginsburg already has had cancer and undergone heart surgery.

But Ginsburg, who famously keeps a steady exercise regime, made a full recovery each time. After the fall, Ginsburg’s personal trainer said he was not worried about her health and expected her to get back to her workouts after another week.

Ginsburg said earlier this year that she had “at least five more years” on the court. Any vacancies would likely result in a new conservative justice moving through the Senate confirmation process, with Republicans set to expand their majority after last week’s midterm elections.

Source: https://www.politico.com/story/2018/11/13/ruth-bader-ginsburg-fall-health-986445
Droolin’ Dog sniffed out this story and shared it with you.
The Article Was Written/Published By: Jesus Rodriguez