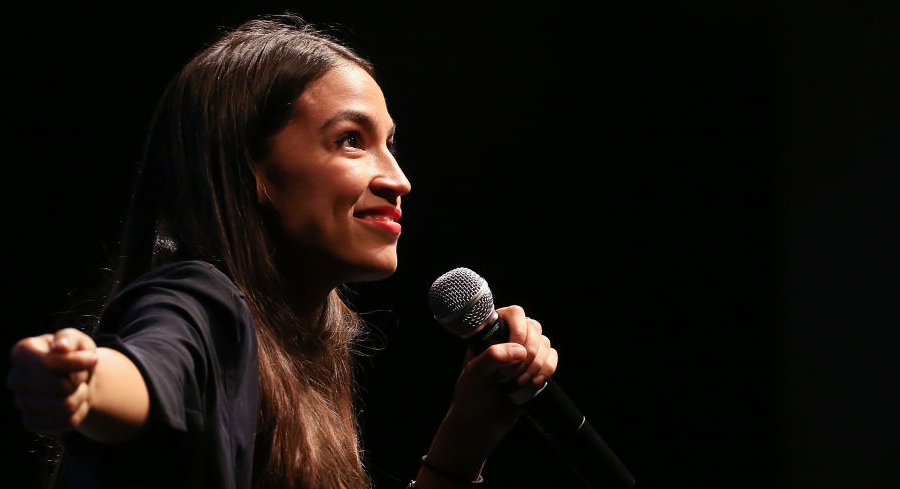 NEW YORK — Incoming freshman Rep. Alexandria Ocasio-Cortez, a darling of the liberal left, criticized Amazon’s decision to site half of its second headquarters in Long Island City, Queens. She ripped the reported tax breaks the company will receive and described the local community’s reaction to the news as “outrage.”

The Democrat’s response puts distance between her and some of the state’s top Democrats, including Gov. Andrew Cuomo and New York City Mayor Bill de Blasio, who have been involved in negotiations over the deal. Ocasio-Cortez’s position on Amazon may further cement her status as an outsider among New York’s establishment Democrats, many of whom endorsed Joe Crowley, the longtime incumbent House member she unseated in the Democratic primary.

In a series of tweets, Ocasio-Cortez criticized the tax breaks reported as being offered by the state’s economic development arm Empire State Development. She suggested they may come at the expense of critical pieces of the city’s infrastructure, like its mass transit and public housing, which face billions of dollars in repair needs.

“Amazon is a billion-dollar company,” Ocasio-Cortez tweeted late Monday night. “The idea that it will receive hundreds of millions of dollars in tax breaks at a time when our subway is crumbling and our communities need MORE investment, not less, is extremely concerning to residents here.”

Amazon’s split decision means the selected locations can expect to share as many as 50,000 jobs and roughly $5 billion in investment. New York and Arlington, Va.’s Crystal City neighborhood won the Amazon competition, beating out places including Newark, N.J., Boston and Austin, Texas. Ocasio-Cortez’s district includes parts of Queens adjacent to Long Island City, including Sunnyside and parts of Astoria.

State and local officials are expected to make an official announcement on Tuesday, a source with knowledge of the plans told POLITICO late Monday.

Ocasio-Cortez said the deal must include substantial benefits for the surrounding community, which is home to the Queensbridge Houses, the largest public housing project in the country.

“We need to focus on good healthcare, living wages, affordable rent. Corporations that offer none of those things should be met w/ skepticism,” Ocasio-Cortez tweeted. “It’s possible to establish economic partnerships w/ real opportunities for working families, instead of a race-to-the-bottom competition.”

“Lastly, this isn’t just about one company or one headquarters,” she said in a tweet sent Tuesday shortly after midnight. “It’s about cost of living, corps paying their fair share, etc. It’s not about picking a fight, either. I was elected to advocate for our community’s interests — & they‘ve requested, clearly, to voice their concerns.”

Ocasio-Cortez, 29, is set to become the youngest member of Congress when she’s inaugurated next year following her upset victory over Crowley.

Gloria Pazmino contributed to this report.

Source: https://www.politico.com/states/new-york/albany/story/2018/11/13/ocasio-cortez-lashes-out-at-amazons-plan-to-locate-hq2-in-queens-693668
Droolin’ Dog sniffed out this story and shared it with you.
The Article Was Written/Published By: lnahmias@politico.com (Laura Nahmias)