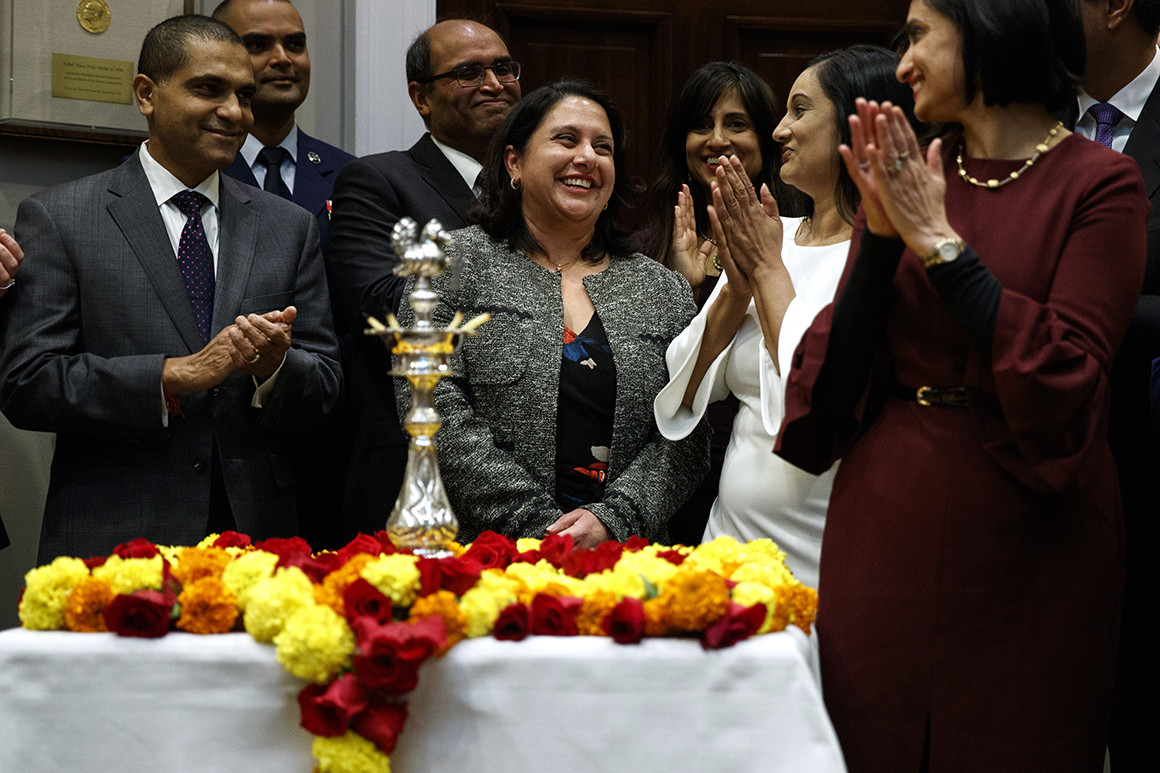 President Donald Trump on Tuesday announced the nomination of Neomi Rao, an administrator with the Office of Information and Regulatory Affairs, to fill the vacancy left in the D.C. Circuit Court of Appeals by Justice Brett Kavanaugh’s move to the Supreme Court.

The announcement came as a surprise to the attendees of a Diya lighting ceremony in the White House commemorating Diwali, the festival of lights celebrated by millions of Indians and Southeast Asians around the world. Her position at the White House agency tasked with rule-making makes Rao a powerful ally of Trump at the center of one of his core campaign promises: cutting excessive regulations from the federal government.

Trump quipped that the announcement, which was scheduled to be made on Wednesday, was the “biggest story” of the day, while also praising Rao’s work on deregulation.

If confirmed by the Senate, Rao, who is 44, would be able to serve a lifetime post on the D.C. court, largely considered the second highest court of the land and a training ground for future Supreme Court justices. In addition to Kavanaugh, Chief Justice John Roberts and Judge Merrick Garland were both groomed in this court.

Rao, who was a law professor at George Mason University before coming to the White House, is also a protégée of Justice Clarence Thomas. She has spoken at multiple events at the Federalist Society, the conservative legal scholarship group that has influenced Trump’s judicial picks, including Kavanaugh and Justice Neil Gorsuch.

Source: https://www.politico.com/story/2018/11/13/neomiraokavanaugh-seat-987653
Droolin’ Dog sniffed out this story and shared it with you.
The Article Was Written/Published By: Jesus Rodriguez