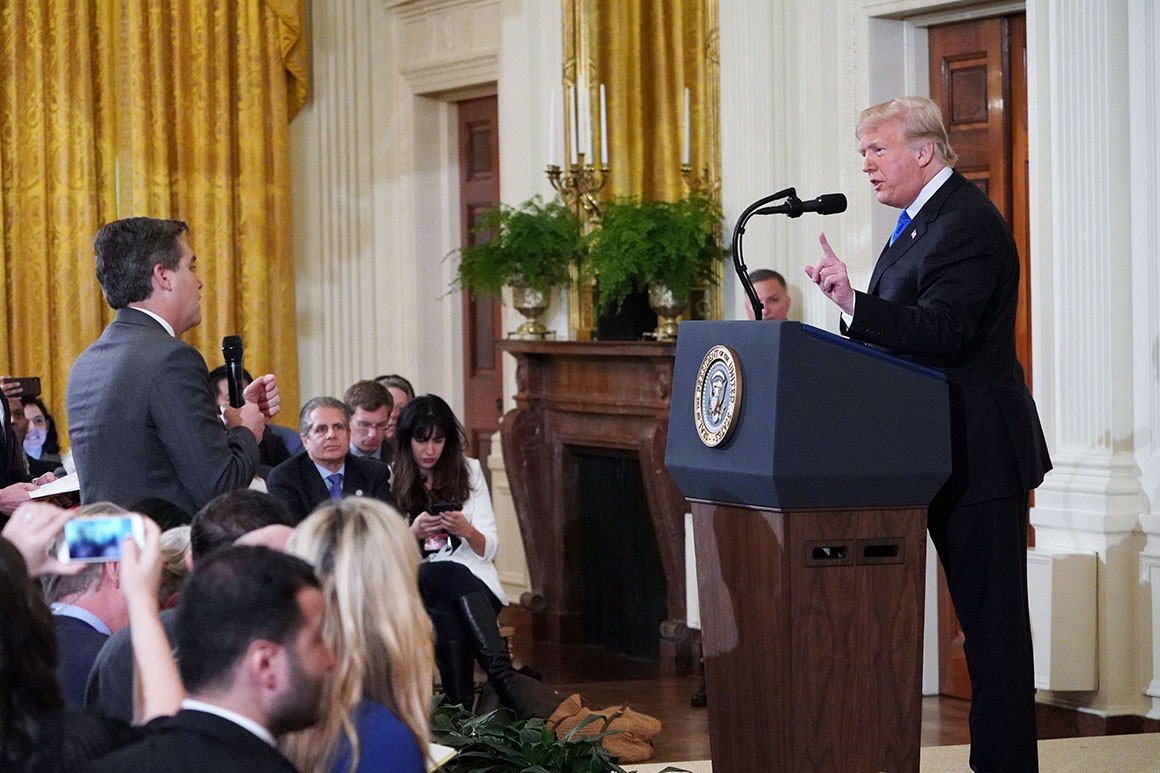 The White House revoked Acosta’s credentials after a testy exchange with the president during a news conference last week. Acosta repeatedly pushed to ask Trump about special counsel Robert Mueller’s investigation into the 2016 election. The White House said it pulled Acosta’s access because he inappropriately made contact with an aide who tried to pull the microphone away from him to cut off his questions.

“While the suit is specific to CNN and Acosta, this could have happened to anyone,” CNN said in announcing the lawsuit, which asks for a restraining order requiring that the press pass be returned. “If left unchallenged, the actions of the White House would create a dangerous chilling effect for any journalist who covers our elected officials.”

Source: https://www.politico.com/story/2018/11/13/cnn-sues-trump-administration-985747
Droolin’ Dog sniffed out this story and shared it with you.
The Article Was Written/Published By: Matthew Choi