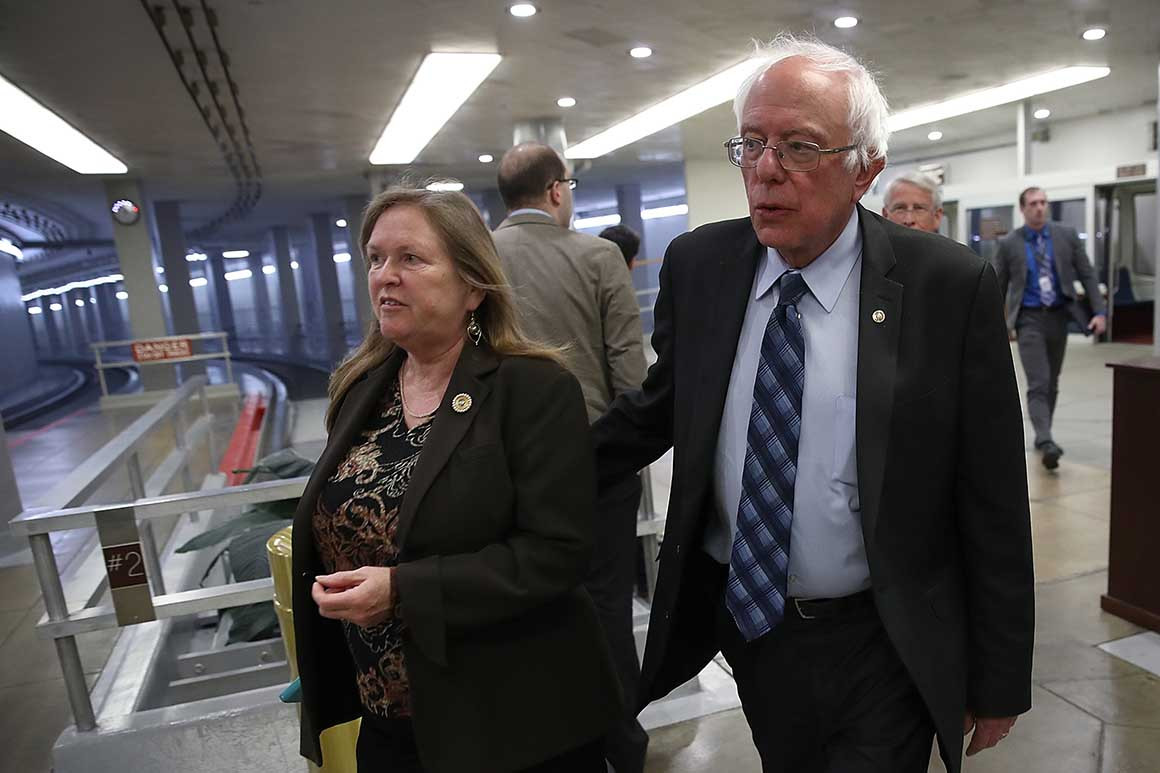 Federal prosecutors have ended an investigation into a land deal overseen by Jane Sanders, wife of Sen. Bernie Sanders, without bringing any charges, an aide said Tuesday.

Investigators had been looking into a $10 million real estate deal that Jane Sanders led when she was president of the now-defunct Burlington College between 2004 and 2011.

“Jane Sanders has been informed that the U.S. Attorney in Vermont has closed its investigation of the Burlington College land deal and has decided not to bring charges of any kind,” Jeff Weaver, a Sanders adviser, said in a statement.

“Jane is grateful that the investigation has come to an end,” Weaver said. “As she has said from the beginning she has done nothing wrong and Jane is pleased that the matter has now come to a conclusion.”

Kraig LaPorte, a spokesman for the U.S. attorney’s office in Vermont, said he could not confirm or deny the existence of an investigation.

The allegations that Jane Sanders fraudulently helped secure a loan for the college were outlined in a letter to federal prosecutors by Brady Toensing, an attorney who was President Donald Trump’s 2016 campaign chairman in Vermont.

POLITICO Magazine reported last year that Bernie and Jane Sanders had hired several prominent attorneys to represent them in the matter.

The Vermont senator, an independent who ran for the Democratic presidential nomination in 2016, has dismissed the federal investigation as “nonsense” and has suggested the allegations were politically motivated.

Burlington College enrolled about 70 students when it closed in 2016 amid financial problems.

Source: https://www.politico.com/story/2018/11/13/bernie-sanders-wife-inquiry-dropped-964513
Droolin’ Dog sniffed out this story and shared it with you.
The Article Was Written/Published By: mstratford@politico.com (Michael Stratford)