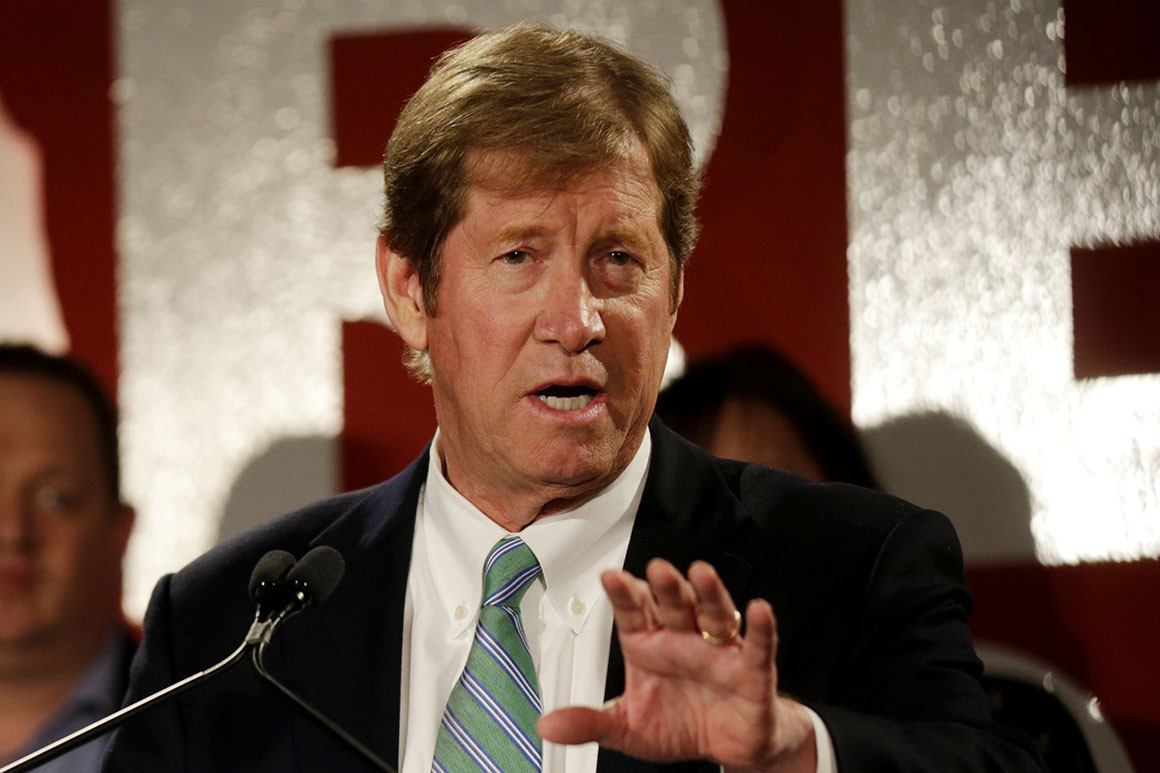 An outgoing Republican lawmaker on Sunday blamed former Sen. John McCain for the GOP’s loss of the House majority in last week’s elections, writing in The Wall Street Journal that it was McCain’s decisive vote against legislation to repeal and replace Obamacare that led to a wave of Democratic midterm victories.

Rep. Jason Lewis, a Minnesota congressman who was unseated last Tuesday by Democrat Angie Craig, claimed in his Journal op-ed that McCain’s thumbs-down vote against a so-called skinny repeal of the Affordable Care Act “prompted a ‘green wave’ of liberal special-interest money” that he said allowed Democrats to hammer Republicans on the issue of pre-existing conditions.

Repeal and replace efforts began in 2017 in the House, which passed the American Health Care Act as replacement legislation for Obamacare. But amid tense negotiations, Republicans in the Senate instead put to a vote what they referred to as a “skinny” Obamacare repeal, which would have gutted controversial provisions of Obamacare like the individual mandate while maintaining other aspects of the law. McCain, along with Sens. Lisa Murkowski (R-Alaska) and Susan Collins (R-Maine), voted against the measure, sinking it.

Lewis wrote in his op-ed that the failed Senate vote allowed Democrats to campaign against Republicans with the claim that the GOP wanted to remove protections for those with pre-existing conditions, a keystone of many Democratic campaigns leading up to the midterms.

Although McCain was one of three GOP lawmakers to vote against the “skinny” repeal, Lewis singled out McCain for his “no” vote — which came after he criticized Republicans for trying to push a repeal bill through and called for the return of regular order — as an unnecessary attempt to slight President Donald Trump.

“The late Arizona senator’s grievance with all things Trump was well known, but this obsession on the part of ‘Never Trump’ Republicans has to end,” Lewis wrote. “Disapprove of the president’s style if you like, but don’t sacrifice sound policy to pettiness.”

Source: https://www.politico.com/story/2018/11/12/mccain-republican-house-loss-983685
Droolin’ Dog sniffed out this story and shared it with you.
The Article Was Written/Published By: coprysko@politico.com (Caitlin Oprysko)