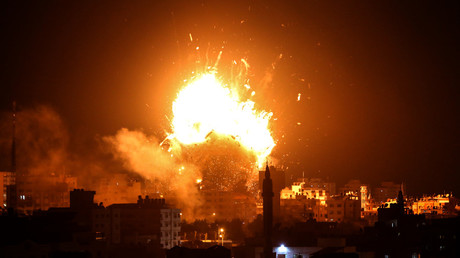 The Israeli military has bombed the studios of the Hamas-run Al-Aqsa television station, Palestinian officials and witnesses have confirmed. Footage of a huge blast has appeared online.
Read Full Article at RT.com

Source: https://www.rt.com/news/443792-israel-bombs-tv-station-gaza/?utm_source=rss&utm_medium=rss&utm_campaign=RSS
Droolin’ Dog sniffed out this story and shared it with you.
The Article Was Written/Published By: RT