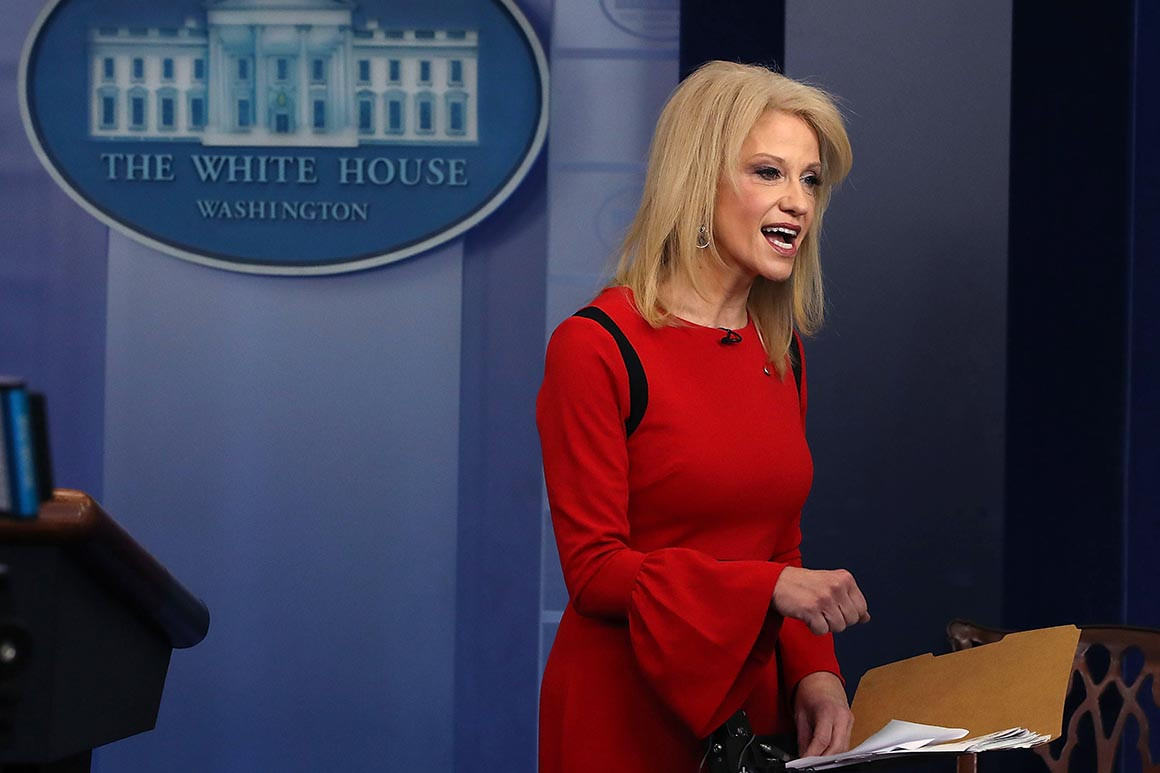 Jim Acosta still owes a White House intern an apology, Kellyanne Conway said Sunday, scoffing at the notion that the White House posted doctored tape of Acosta pulling away from an intern as she tried to take back the microphone during a heated exchange between CNN’s chief White House correspondent and President Donald Trump on Wednesday.

“Oh, well, that’s not altered, it’s sped up. They do it all the time in sports to see if there’s actually a first down or touchdown,” Conway told host Chris Wallace on “Fox News Sunday.”

“So, I’m going to have to disagree with, I think, the overwrought description of this video being doctored as if we put somebody else’s arm in there.”

The video in question was tweeted out by White House press secretary Sarah Huckabee Sanders on Wednesday night in announcing the decision to suspend Acosta’s press pass and thus his access to the White House. Acosta and Trump had a tense exchange during a news conference earlier Wednesday, in which Trump called him “a rude, terrible person.”

Acosta tried to continue asking a question as a staffer attempted to take the microphone away from him — the point at which, the White House claims, he “puts his hands on” the intern.

Independent experts have told reporters that the footage is doctored.

Multiple journalistic organizations, including the White House Correspondents’ Association, have slammed the move. Acosta has said the notion he put his hands on the intern is “a lie,” and CNN has said it stands behind one of its most prominent reporters.

Sanders’ statement announcing the White House’s decision focused on Acosta’s actions, but Trump went a step further Friday when he threatened to have more credentials pulled. The president, who has attacked news outlets for “fake news” and referred to journalists as “the enemy of the people,” added that reporters need to show more “respect” for the White House.

Addressing the president’s comments, Conway said Trump’s comments about respect were “instructive,” but that that does not mean someone will see their credentials pulled for writing a critical story or asking the president a tough question.

“Chris, if what you just described were the standard, we would have cleaned out the entire building two years ago,” she said.

Source: https://www.politico.com/story/2018/11/11/acosta-video-kellyanne-conway-982951
Droolin’ Dog sniffed out this story and shared it with you.
The Article Was Written/Published By: bgriffiths@politico.com (Brent D. Griffiths)