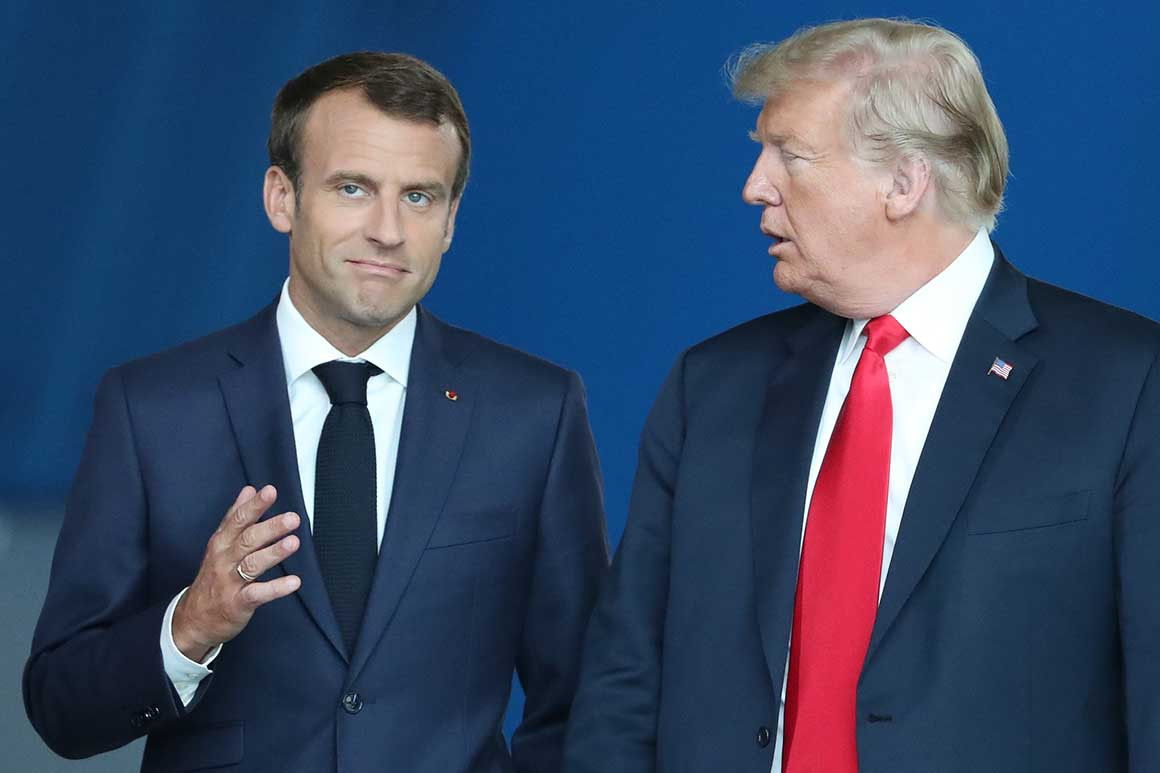 President Donald Trump on Friday slammed Emmanuel Macron after the French president suggested earlier this week that Europe needs to build a “real European army” to protect itself from Russia, China and the United States.

“President Macron of France has just suggested that Europe build its own military in order to protect itself from the U.S., China and Russia,” Trump tweeted shortly after landing in Paris to attend a ceremony commemorating 100 years since the end of World War I.

“Very insulting, but perhaps Europe should first pay its fair share of NATO, which the U.S. subsidizes greatly!” the president continued.

Trump has often complained that the U.S. carries too much of NATO’s defense funding, and has suggested that nations in the organization should double the amount of their gross domestic product that they contribute to NATO.

Macron during an interview on Europe 1 radio called on the formation of “a true European army” after Trump announced that the U.S. was withdrawing from a nuclear weapons agreement with Russia.

“When I see President Trump announcing that he’s quitting a major disarmament treaty which was formed after the 1980s euro-missile crisis that hit Europe, who is the main victim? Europe and its security,” Macron said, according to Agence France-Presse.

“We have to protect ourselves with respect to China, Russia and even the United States of America,” Macron continued. “We need a Europe which defends itself better alone, without just depending on the United States, in a more sovereign manner.”

Source: https://www.politico.com/story/2018/11/09/trump-macron-european-army-paris-981759
Droolin’ Dog sniffed out this story and shared it with you.
The Article Was Written/Published By: rmorin@politico.com (Rebecca Morin)