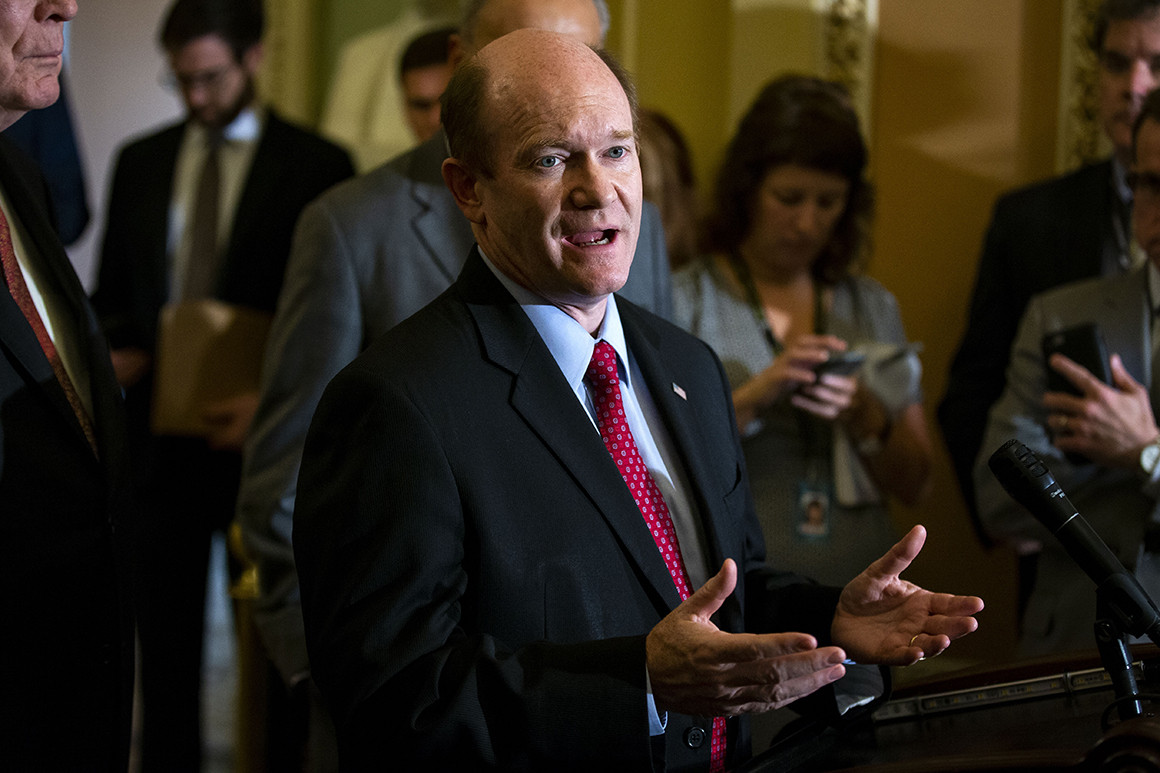 GOP Sen. Susan Collins said the Senate must pass legislation to protect special counsel Robert Mueller, becoming the second Republican to make a lame-duck push for the proposal amid resistance from GOP leadership.

The Maine senator said on Friday that she is “concerned” about acting Attorney General Matthew Whitaker’s rhetoric about the special counsel’s investigation into the Trump administration and that Whitaker might “intervene” in the probe. So Collins joined GOP Sen. Jeff Flake of Arizona in calling for a vote after Attorney General Jeff Sessions was forced out on Wednesday.

“I believe that we should bring to the Senate floor legislation that would put restrictions on the ability of President Donald Trump to fire the special counsel,” Collins said. “Senate debate and passage of this bill would send a powerful message that Mr. Mueller must be able to complete his work unimpeded.”

The bill would ensure Mueller or any future special counsel can be fired only for errors on the job or other “good cause,” and allows judicial review of any other reason for a firing. The measure also says that only Trump officials who have been confirmed by the Senate can terminate the special counsel, a list that does not include Whitaker.

In Kentucky on Friday, Senate Majority Leader Mitch McConnell (R-Ky.) reiterated that he does not believe the bill is needed, even though circumstances have changed significantly with Sessions’ departure.

“It’s not necessary. The Mueller investigation is not under threat,” McConnell said in Kentucky on Friday morning.

Yet Flake and Sen. Chris Coons (D-Del.), a key backer of the bill, both said on Friday that Whitaker’s appointment makes the bill even more vital. Coons said Trump’s erratic nature — he’s frequently panned Mueller’s probe — is reason enough for McConnell to take up the bill and exercise the Senate’s independence from the president.

“The risk that the president is going to do something sudden and risk a constitutional crisis is a reason to do it,” Coons said in an interview.

Mueller protection proponents have significant leverage, but it’s not clear whether they will use it. Funding for about a quarter of the government expires on Dec. 7, and Democrats and the handful of GOP supporters could insist that it be included. Incoming House Judiciary Chairman Jerry Nadler (D-N.Y.) has floated the idea of making a bill to protect Mueller a condition of funding the government, though that could risk a shutdown.

House Democrats see the bill as a high priority when they retake the chamber in January but worry that Trump might move against Mueller before then, according to one aide.

Flake and Coons plan to repeatedly demand a vote on the Senate floor next week, though opponents in leadership can easily reject that move. Only about a half-dozen GOP senators either supported the bill in committee or otherwise endorsed the legislation.

“This thing has sat for eight months after a bipartisan vote in the Judiciary Committee. We don’t have many of those. The leader at that time said there’s no urgency, no firing going on, special counsel is fine. That’s no longer the case,” Flake said. “The first step is to have this vote. And to have an affirmative vote. And then obviously the next step is to put it in the spending bill.”

Sen. Thom Tillis (R-N.C.), another supporter, still “sees it as good government legislation with enduring value,” said Daniel Keylin, a spokesman for Tillis. But because the bill is unlikely to get to the floor through Coons and Flake’s method, Tillis will “continue to work with his colleagues to build consensus, just as he worked with Chairman Grassley to advance the bill through the Judiciary Committee,” Keylin said.

But even Sen. Lindsey Graham (R-S.C.), who helped write the bill, said on Friday that he had “no doubt” that Mueller’s investigation would allowed to finish.

Elana Schor contributed to this report.

Source: https://www.politico.com/story/2018/11/09/republicans-protect-mueller-982158
Droolin’ Dog sniffed out this story and shared it with you.
The Article Was Written/Published By: Burgess Everett