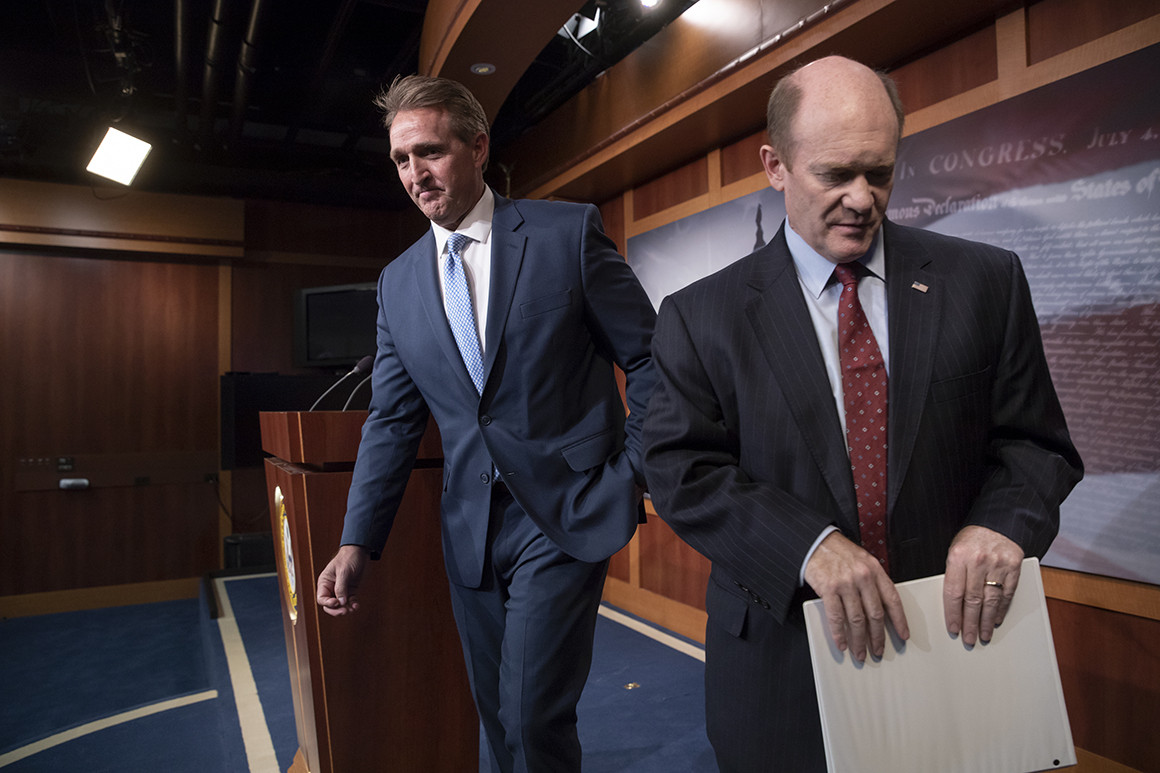 Sens. Jeff Flake (R-Ariz.) and Chris Coons (D-Del.) plan to ask for a floor vote on legislation to shield Special Counsel Robert Mueller from a firing when the upper chamber returns to session next week, Flake said on Thursday.

Following Trump’s Wednesday ousting of Attorney General Jeff Sessions and appointment of acting Attorney General Matthew Whitaker — who has publicly criticized the Mueller probe — Flake tweeted, “it is more important than ever to protect the Special Counsel.”

Flake and Coons’ plan to seek unanimous agreement for the Senate to vote on the bill, however, is still likely to draw an objection from the GOP side of the aisle.

McConnell told a radio station in his home state on Thursday that “I don’t think there’s any chance that the Mueller investigation will not be allowed to finish” in light of Sessions’ departure from the Department of Justice.

Democrats are all but guaranteed to support next week’s bipartisan push for action on the Mueller protection bill, which was the product of months-long talks to combine two different versions of the legislation.

Senate Judiciary Chairman Chuck Grassley (R-Iowa) joined Flake and the Republican initial sponsors of themeasures to protect the Mueller probe, Sens. Lindsey Graham of South Carolina and Thom Tillis of North Carolina, in voting for the bill when the committee approved it earlier this year.

Source: https://www.politico.com/story/2018/11/08/flake-coons-mueller-protection-bill-978362
Droolin’ Dog sniffed out this story and shared it with you.
The Article Was Written/Published By: eschor@politico.com (Elana Schor)